T.I. says he would fight Seahawks QB Russell Wilson if he was Future

We all know that Russell Wilson is dating Ciara the former girlfriend and baby mama of Rapper Future’s child. We have seen Russell Wilson being a father figure in all of his pictures, but it sounds like the rap industry is getting worked up that a quarterback took their friends girl.

Future has already suggested he’d be more than willing to fight Russell Wilson and apparently he isn’t alone, as rapper T.I. suggested the same thing on Instagram if he were in Future’s shoes.

I think Future and T.I., need to take a lesson and be a father rather than talk trash. 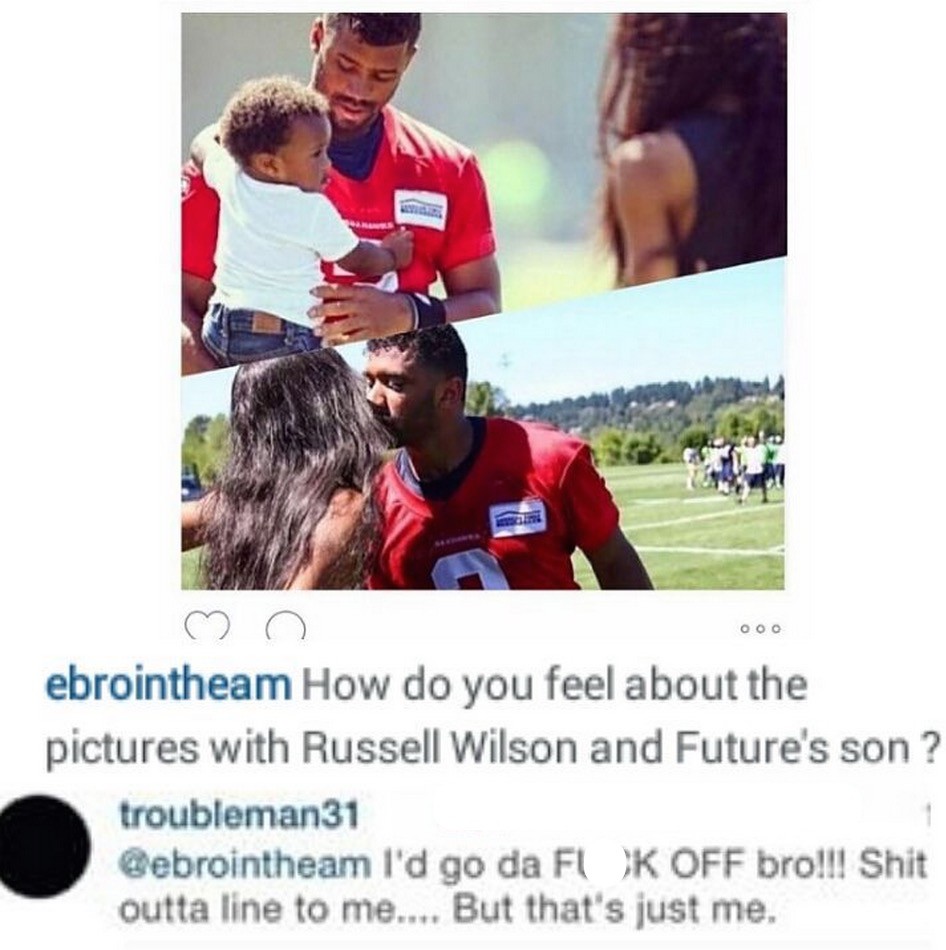 TI says he would fight Russell Wilson if he was Future