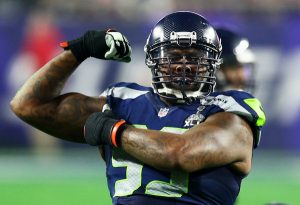 Tony McDaniel has been released by the Seahawks

This move is likely because the team signed Russell Wilson and Bobby Wagner.

McDaniel, 30, had one year remaining on his two-year, $5.75 million contract that included a $1.25 million signing bonus.