Seahawks have veteran center Samson Satele in for a visit 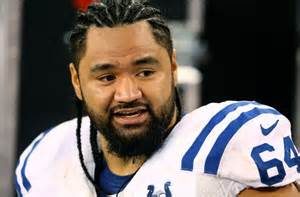 Seahawks have veteran center Samson Satele in for a visit

Adam Caplan of ESPN, is reporting that the Seattle Seahawks are hosting free agent C Samson Satele for a visit on Monday. Seattle has been looking for interior help, and last week hosted Evan Mathis.  The Seahawks only have 5 million dollars in salary cap, which makes you wonder if the Seahawks have moved on from Evan Mathis.

Satele played college football at Hawaii and was drafted in the second round of the 2007 NFL Draft by the Dolphins. Satele has also played for the Oakland Raiders and Indianapolis Colts.

Satele re-signed with the Miami Dolphins after starting center Mike Pouncey underwent surgery. Satele’s play at center was telling, because when Pro Bowl C Pouncey returned in week 6 of the 2014 season, Satele remained at center and Pouncey played right guard.