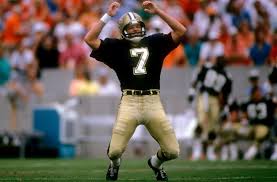 Morten Anderson is one of the greatest kickers in the history of the NFL, and the former veteran kicker will be inducted into the Saints Ring of Honor.

Anderson is a legend in football:

At the end of his career Andersen held the following NFL records (As of 2009):