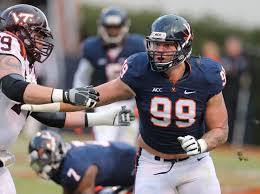 Brent Urban could be lost for the entire season….again

Jamison Hensley of ESPN reports that Ravens second-year DE Brent Urban suffered a torn biceps and could miss the entire 2015 season as a result. Urban was injured all of last season as well, and is starting to look like a bust as a draft pick.

Jamison Hensley    @jamisonhensley
#Ravens DE Brent Urban tore his biceps and could be lost for the season. It’s a 12-week injury.

Urban, 24, has three years left on his contract, but if he cannot get healthy the Ravens may have to chop it up as a loss.