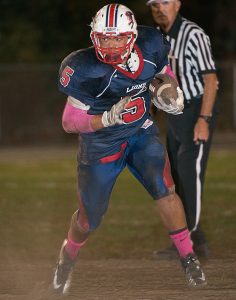 Randy Moss’ son has his eyes set on 6 schools

Imagine Randy Moss in a bigger, thicker and stronger body.  His son fits that mold. Thaddeus Moss is a long way from National Signing Day, but if the son of former NFL star Randy Moss has his list ready.

The younger Moss is regarded as one of the top tight end recruits in the nation, having garnered scholarship offers from schools in each of the Power Five conferences. And the four-star recruit from Charlotte Mallard Creek High took to Twitter on Friday to reveal his top six schools:

My top 6 schools as of right now in no order are: Georgia Ucla USC Nc state Nebraska Arizona St.