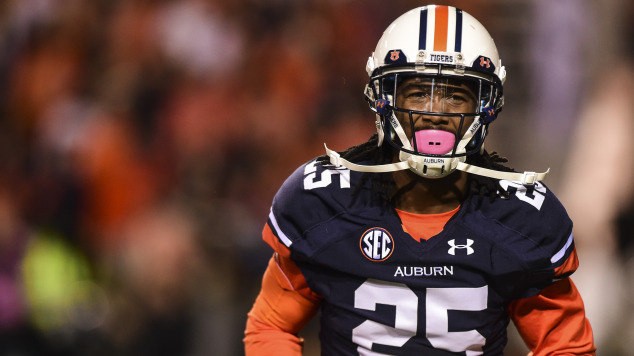 The St. Louis Rams waived former Chiefs wide receiver Devon Wylie today to add some depth in their secondary.  The team signed Trovon Reed, who is listed at 6-foot, 190-pounds, signed an undrafted free agent deal with the Seattle Seahawks in May.

Reed played his first three years of college ball as a receiver, catching 39 passes for 384 yards and one touchdown.

He switched to a cornerback during his senior season at Auburn, finishing with 12 tackles, three interceptions and four pass breakups. He had an interception with three solo tackles during Auburn’s 34-31 loss to Wisconsin during the Outback Bowl earlier this year.