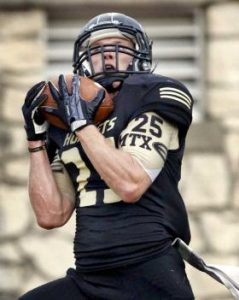 Raiders have released WR Austin Willis the former Emporia State speedster.  He came to Emporia State on a track scholarship. That was how he got his foot in the door to set his sights on his real ambition of playing football.