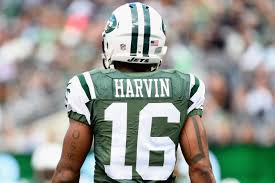 Percy Harvin was on ESPN’s First Take today and the Buffalo Bills wide receiver took a shot at the Seahawks and the way the receivers viewed him a threat.  The Bills wide out said at times he felt like the team was threatened by him rather than accepting him as a teammate.

MOST IMPORTANTLY, THIS YEAR FROM SEATTLE, I THINK I’M — MY TEAMMATES ACCEPT ME A LITTLE MORE. WHAT I MEAN BY THAT I FELT WHEN I WENT TO SEATTLE A LOT OF THE RECEIVERS TOOK ME AS A THREAT RATHER THAN ACCEPTING ME AS A TEAMMATE. I ALWAYS TOLD THOSE GUYS, I PULLED THEM TO THE SIDE SEVERAL TIMES AFTER SEEING THE COMMENTS THEY WAS MAKING TO THE MEDIA, HEY, GUYS, I’M HERE TO BALL WITH YOU, TO TAKE US TO THE NEXT LEVEL. A LOT OF GUYS WERE LOOKING AT THEY WERE ESTABLISHED AND THEY DIDN’T NEED ANY HELP. I JUST TOOK IT AS I NEVER WAS ACCEPTED IN THE RECEIVER GROUP BY ALL THE MEMBERS.
SEATTLE AT TIMES I FELT AS THOUGH I HAD TO COME IN AND BE THE GUY TO SIT IN THE BACK OF THE ROOM, NOT SAY TOO MUCH, KIND OF WALK ON EGG SHELLS. THAT IN ITSELF DREW FRUSTRATIONS ON TOP OF NOT BEING ACCEPTED IN MY RECEIVER GROUP.