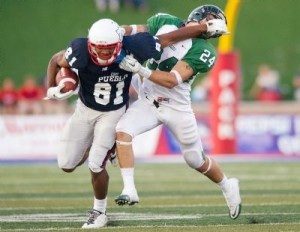 This has been a bad week for Stephen Hill. He was busted early in the week with drug paraphernalia, then yesterday he tore his ACL.  Just to make things better today, the team waived him.

Joe Person    @josephperson
#Panthers have signed a new player: WR Paul Browning. That would seem to suggest he will take Stephen Hill’s place on the roster.

Paul Browning the former Colorado State Pueblo wide receiver was signed in a corresponding move. Browning was signed by the Browns earlier this season, but did not stick around.