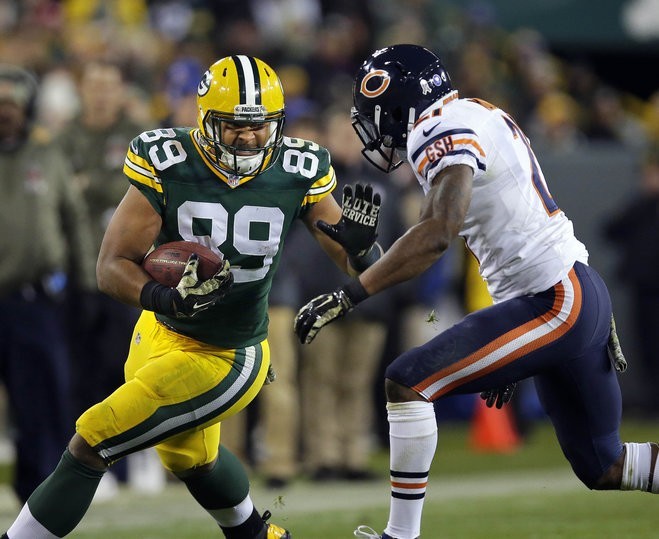 Can Richard Rodgers become a top talent for the Packers

Green Bay Packers are hoping that one of their tight ends will step up and take over as the man, and they might have the guy that is ready to complete the mission. According to one Packers assistant, Richard Rodgers has the talents to be a top talent in the NFL.

“He’s capable of being a top-level talent at the tight end position in the league,” Packers assistant Jerry Fontenot said, per the Green Bay Press Gazette. “It’s just going to be creating opportunities by maximizing the opportunities that you get. That’s the bottom line, because he knows what he can do. He’s a very smart kid. He understands his talent.”

Rodgers has 20 catches, with seven of those grabs coming in Weeks 16 and 17. Rodgers caught another five balls for 48 yards and a touchdown in Green Bay’s two playoff games. Rodgers has already been making plays in training camp as well.