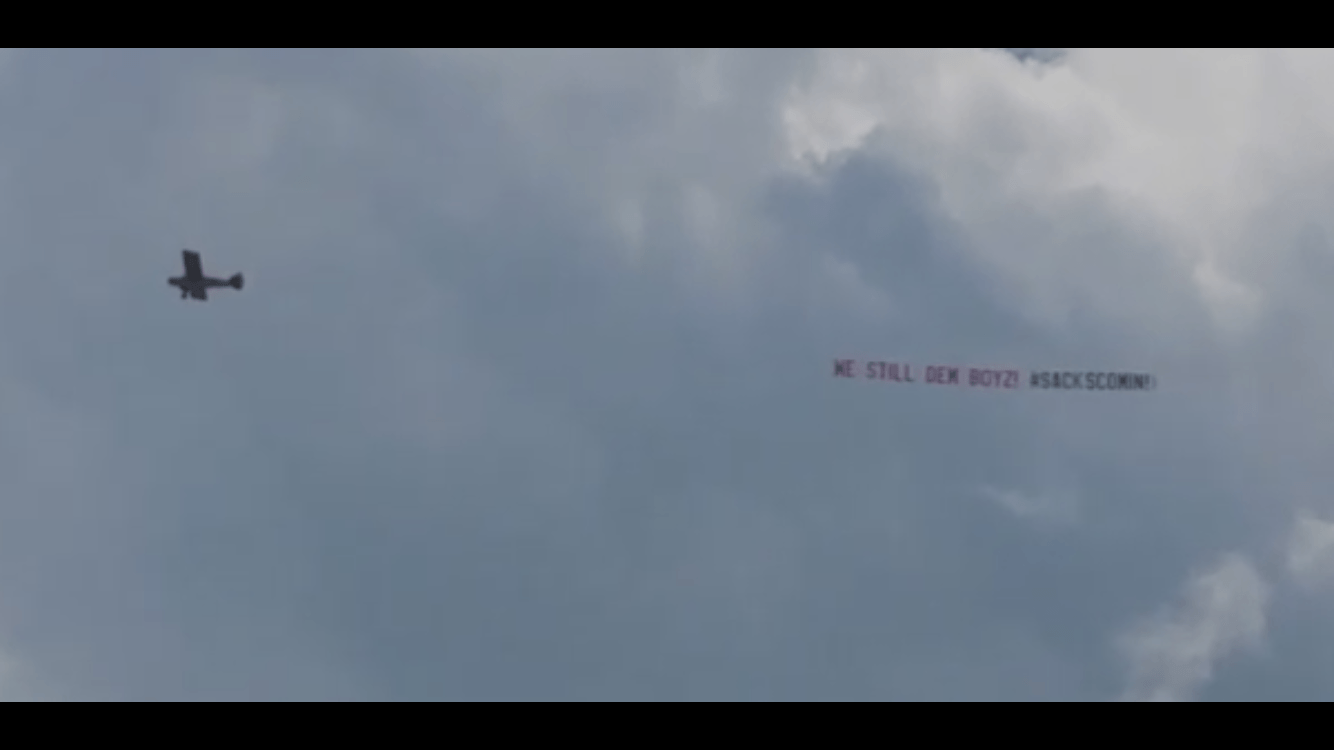 A plane flew over the Philadelphia Eagles practice that said “We Still Dem Boyz” and Greg Hardy was partially behind it.

Hardy got involved after Cowboys fans started a GoFundMe.com campaign to raise funds. He donated $300 to the fund.

The stunt was in retaliation for a banner created by Eagles fans to fly over a Cowboys practice. That banner was to read, “WE’VE GOT DEMARCO” — a reference to the Eagles’ free-agent signing of former Dallas running back DeMarco Murray. One player called out Hardy for the act.

“A waste of money,” Eagles right tackle Lane Johnson said of Hardy’s gesture. “I think he’s a hothead and gets carried away with himself. He’s going to have his hands full with 71, I promise you that.”