Justin Green the former Patriots cornerback has retired from the NFL 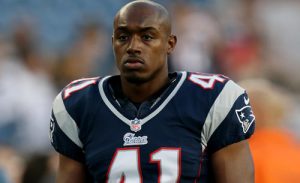 Yesterday the New England Patriots released several players, but according to Jeff Howe of ESPN, Justin Green told coach Belichick and Nick Caserio to he wanted to retire. The team granted his wish and released him from the 90 man roster.

Jeff Howe    @jeffphowe
Justin Green informed Bill Belichick and Nick Caserio yesterday he wanted to retire from the NFL, which obviously led to his release.

He was signed by the Patriots as an undrafted free agent in 2013, and has also been a member of the Dallas Cowboys. He played college football for University of Illinois at Urbana–Champaign. Green won a Super Bowl with the Patriots as well as an AFC Championship ring.