Julian Edelman was amused by the Jets flying a banner over the practice: It was pretty funny 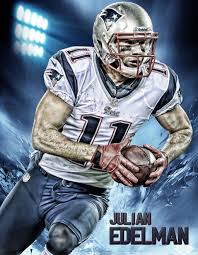 The Patriots don’t care about little antics other teams pull because let’s face it they are the Super Bowl Champions.  Julian Edelman talked to the Boston Globe about the latest prank pulled by Jets fans. A Jets fans flew a plane overhead with a banner screaming “CHEATERS LOOK UP!”

“You know, it’s pretty funny actually to see those kinds of things.”

Edelman claims coach Belichick didn’t even know there was a banner because he didn’t look up.

At the end of the day, a banner is not going to beat the Patriots, so until teams start beating the Pats, they are the joke.