Judge rules that the city of St. Louis can use the tax money for stadium without public vote 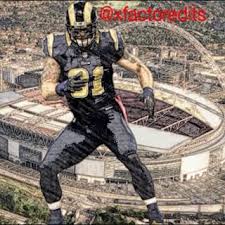 Today, the owner of the New York Giants John Mara, said in a radio interview that two teams will be in Los Angeles in 2016.  One of those teams could have been the St. Louis Rams, but a court order may have just changed that.

According to Pro Football Talk’s Mike Florio, Judge Thomas Frawley agreed that the city of St. Louis can use tax money for a stadium, without the approval or vote from the public.

Judge Thomas Frawley agreed with the argument made by the Regional Convention and Sports Complex Authority that the ordinance requiring a vote is invalid because it is too vaguely worded. One point of vagueness was that a new stadium was required to be “adjacent” to an existing convention center, which opponents argued did not apply to the current stadium proposal. Frawley ruled that the two sites did not need to be contiguous to qualify as adjacent.