Joseph Randle takes a jab at Steven Jackson for his tweet; He is at home watching 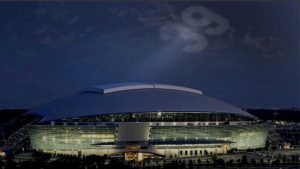 Steven Jackson’s tweet to Dallas sparked some talk, but one Cowboy is not impressed

Just a few days ago, former Oregon State running back Steven Jackson tweeted out a picture of AT&T stadium with a beam over top of it showing his number 39 being lit up.  Well that did not impress one Dallas Cowboy, because he is not threatened by the tweet. Joseph Randle took a jab at Jackson’s tweet.

“That don’t have nothing to do with me,” Randle said of Jackson on Friday, per The Dallas Morning News. “That’s him, he’s at home watching. We’re just trying to get better here.”

Joseph Randle is a pretty cocky S.O.B, so if he does not blow up this year I am going to be disappointed. I am not sure he will have a big year, but Randle feels he will be a star. I will not believe it until he can prove to me he can back up his talk, and perform.