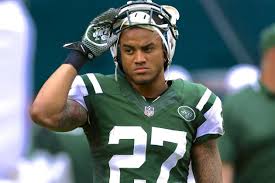 New York Jets drafted Dee Milliner to be the next big time starting cornerback, but he has been cursed since entering the NFL. According to ESPN reporter Rich Cimini, Milliner has already underwent 7 career surgeries.

He was drafted 27 months ago, and he already has suffered calf, ankle, Achilles’ tendon and wrist injuries. Let’s not forget, he arrived from college with a surgically repaired shoulder that cost him the 2013 offseason. Now he will miss his second straight preseason. His career surgery count is up to seven. He’s a living version of the game “Operation,” considering all the body parts he’s had worked on. It’s unfortunate, but durability is the key to success in the NFL. As Todd Bowles said, “Some guys just bite the injury bug.” Milliner didn’t bite it; he swallowed it. Best-case scenario: He returns for Week 3 in the regular season, but when has the best-case scenario ever worked out for Milliner?

This is sad news for Milliner, who is a confident corner, but even he feels his body has failed him.

“I am the best corner in this league when healthy, but my body has failed me.”

Kind of hard to disagree with him after reading that piece by Rich Cimini….OUCH.