Jets are prepared to move on without Sheldon Richardson; Coach losing trust in him 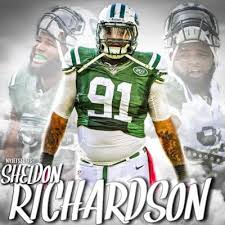 The New York Jets are lucky that Leonard Williams fell to them in the NFL draft, because they were able to take the best available player, and who would have thought they would have needed him day one? Well after a horrendous off-season for Sheldon Richardson the teams first round pick two years ago, who won Defensive Rookie of the Year, the team is set to move on from him.

“You lose a lot of trust,” Bowles explained. “… We are prepared to play without him.”

Richardson was recently arrested, with a 12-year-old in the back seat of a a 2014 Bentley Silver Spur, Richardson was clocked at speeds of 122, 135 and 143 miles on July 14, according to a statement of probable cause issued by the O’Fallon, Missouri, Police Department.

The subsequent arrest occurred less than two weeks after the league announced Richardson’s four-game suspension for violating the NFL’s substance abuse policy. Richardson never even told the team about the arrest.

“I’ve got to do better,” Richardson said Friday, via the New York Post. “I will do better. … That was just one bad night. I thought it would be fun to show my family members something. They’d never been in a car like that before.”

Richardson obviously needs help, because at this rate he will be out of the NFL sooner rather than later. He better get his stuff together, because the Jets could have the nastiest line in the history of the NFL, if he would shape up.  They have Damon Harrison, and Leonard Williams to go along with Richardson.