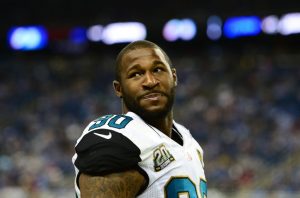 The Jacksonville Jaguars announced Saturday that DE Andre Branch will miss a “significant” period of time after he sustained an MCL sprain during their recent preseason game.

Coach Gus Bradley made the announcement Saturday, one day after Branch was injured during a preseason game against Detroit. Branch sprained the medial collateral ligament in his left knee early in the game, when teammate Aaron Colvin landed on him.

”He could miss significant time,” said Bradley, who didn’t have a time frame for Branch’s return. ”I think we’ll find out more. I know he’s got to go through the diagnostic process. Until they get all that information, I’m just going off the same thing as you: significant time.”

Ryan Davis could become a huge factor for the Jaguars. His time is here now, and guess what it is his contract year…..