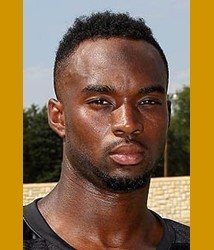 Green Bay Packers announced on Monday that they have signed undrafted rookie wideout Ed Williams to the 90-man roster.

Williams started his college career with the Toledo Rockets, but transferred to Fort Hays State University, a Division II school that plays in the Mid-American Intercollegiate Athletics Association. At Fort Hays State, Williams had a good senior year, recording 53 receptions for 946 yards and seven touchdowns, according to ACMEPackingCompany.com.