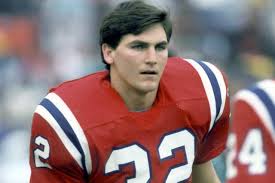 Craig James the former New England Patriots running back Craig James is suing Fox Sports because he is claiming he was fired in 2013 for his beliefs in traditional marriage. James’ Christian views cost him his job, and now he is suing.