Fantasy Doctor Selene Parekh is back; Injury updates on Arian Foster, Eddie Lacy and others

Duke University surgeon Dr. Selene Parekh is back and has updated injury prognosis and news on several NFL players. Follow him on Twitter @seleneparekhmd 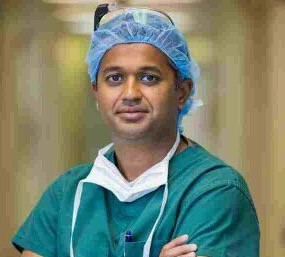 Houston has a problem: Foster out with groin injury

What happened: Texans running back Arian Foster injured his groin and had surgery a few days ago. It’s possible he could miss at least half of the 2015 season.

Hear the prognosis in the Fantasy Doctor’s own words.

Player/team outlook: Foster is one of the top RBs in the league when he plays, but he’s had his share of injuries over the years. For a team that runs the ball as often as possible, and with issues at the QB position, the Texans have a major hurdle to overcome without Foster.

Fantasy recommendation: At this moment, there’s no need to even think about selecting Foster until your draft has hit the double-digits in rounds. Alfred Blue, who should have been taken in early drafts knowing Foster’s history, moves way up and could easily become a top-five round pick.

What happened: Packers running back Eddie Lacy didn’t finish practice last week with foot soreness. He should be fine and likely just came out as a precaution.

Player/team outlook: The hard-running Lacy has solidified himself as one of the league’s top backs in a high-profile offense. Green Bay will likely monitor his workload leading up to the regular season to make sure he’s good to go.

Fantasy recommendation: Unless this news takes a serious turn for the worse, there’s no need to worry about the clear first-round fantasy selection. However, it does serve as a reminder that James Starks is a very worthwhile pick as a handcuff, and those with Lacy should make sure to also have Starks on their roster.

What happened: Jets defensive lineman Muhammad Wilkerson missed practice time with hamstring soreness. It appears the Jets aren’t rushing him back into action.

Player/team outlook: Wilkerson’s presence on the defensive front is a must for the Jets. This is an issue worth watching closely as hamstring problems are known to linger. The Jets will do everything they can to make sure he’s fully healthy for September.

Fantasy recommendation: Wilkerson has had more than 50 tackles in each of the last three seasons and no less than five sacks a year during that time. For now, keep Wilkerson in your top 15 DLs and the Jets defensive unit in the top 10.

With the tight end starting spot seemingly up for grabs in Atlanta, there’s a good chance that Jacob Tamme could see himself in line for a big season. He’s been under utilized at times during his career and might be line to post some nice numbers in 2015.

Tamme played a backup role the last two seasons in Denver after the emergence of Julius Thomas. However, in his first season with the Broncos, Tamme had 52 receptions. Two years earlier, he caught 67 passes with Indianapolis.

Tamme isn’t Tony Gonzalez, but then again, who is? Matt Ryan has been looking for a standout at TE since Gonzalez retired and it might be Tamme who nicely fills the role. Tamme is a great find who can be drafted very late with major reward possibilities to come.