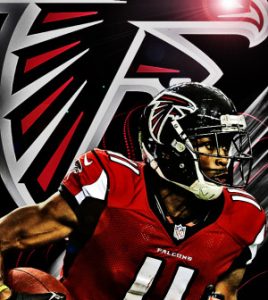 According to Chris Mortensen of ESPN, contract talks between the Falcons and WR Julio Jones “stalled significantly” last week, but Falcons owner Arthur Blank mentioned yesterday that they are getting closer to an agreement with WR Julio Jones, despite the Mortensen report.

“There’s no hold up at all,” Blank told Vaughn McClure of ESPN.com. “It’s just the process that you have to go through. It’s a bit of a dance. He’s got a very good agent with experience. We have a great relationship with [agent Jimmy Sexton]. That [agency] has signed the last two big receiver contracts done in the league. We’re committed to Julio, who is committed to us. We’re getting close to where we need to be.”

Julio Jones is a sleeper this year in Fantasy Football.  I think he will end up balling out for the Falcons in 2015. Blank even gave his star wide receiver a free mention to Mercedes Benz when they named their stadium rights.