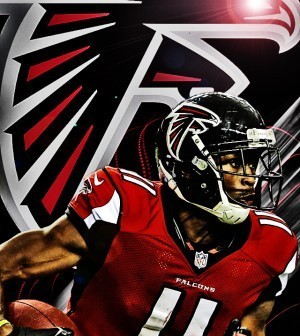 There have been discussions regarding Julio Jones and the Falcons, but it sounds like things are starting to heat up now. Blank wants Julio Jones to remain with the Falcons for ever.

“We’re moving as quickly as we can,” Blank said, via The Atlanta Journal-Constitution. “The player has been fabulous. He came into camp in great shape. He’s working all-out. There is no hesitation or question on his part. We are working with a very professional agent, who actually understands the business. He actually handled the last two wide receivers contracts, which helps a good bit.”

Blank went on to tell NFL Media’s Gil Brandt and Fox Sports’ Alex Marvez of SiriusXM NFL Radio he is “very confident” a deal will get done, using the twin five-year, $70 million Bryant and Thomas deals as templates for Jones.

“We view him as one of the top receivers in the NFL and we think that most people do as well,” Blank added. “… I think whatever the market is, we look at Julio as certainly being in that class.”