The Falcons have reached a one-year contract with quarterback Rex Grossman on Wednesday. 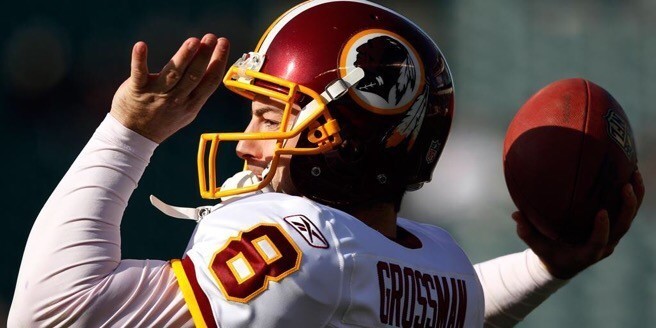 Grossman rejected a deal from the New York Jets because he wanted to sign with the Atlanta Falcons to rejoin Kyle Shanahan.

Grossman, 35, was drafted 22nd overall by the Chicago Bears in the 2003 draft. He has started 47 games over his career and helped the Bears reach Super Bowl XLI, where they defeated 29-17 by the Indianapolis Colts.