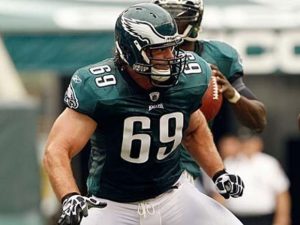 Free agent G Evan Mathis had a “good visit” with the Seahawks on Saturday but left without a contract, according to Mike Garafolo of Fox Sports.

The Seahawks are limited in what they can do financially to lure the 33-year-old, who made the Pro Bowl the last two years before being released by the Eagles in June due to a contract dispute. The two-time Pro Bowler asked for his release from the Eagles, according to coach Chip Kelly. He was set to make $5.5 million in Philadelphia, and reportedly had an offer on the table that would have given him a $1 million raise. Mathis chose not to take that contract, and the Eagles eventually got tired of the drama and let Mathis go.

The Seahawks have less than $5 million in cap room, according to OvertheCap.com,which might make a real run at Mathis difficult, and particularly without making moves with other players