Eagles and Sam Bradford are working on a short extension 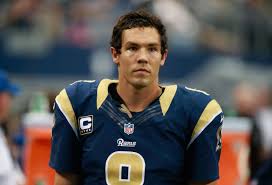 Ed Werder of ESPN, is reportedly discussing a short term extension with quarterback Sam Bradford. This is interesting. A few weeks ago, a reported emerged that Bradford was planning to play out the final year of his rookie contract and wasn’t rushing to sign an extension:

“I’m told he plans to play it out this year on the final year of his deal. For Sam Bradford, not signing an extension now may allow him to maximize his value. He takes that over more security long-term.”