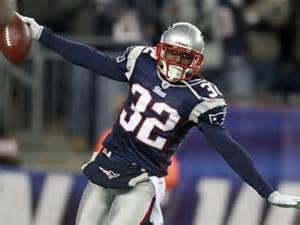 Devin McCourty hopes to remain at safety with the Patriots

The New England Patriots defensive backs were burned badly last night by the New Orleans Saints, and after the game Devin McCourty who was moved to cornerback talked about his position.  McCourty who has not played corner in almost three years seemed upset that he was playing cornerback again. McCourty is hoping his move to cornerback is not a permanent thing.

“I hope it’s not permanent,” McCourty said, per CSN New England. “As a player, that’s out of your control.”

McCourty looked did good breaking up a pass in the end-zone attended for Brandon Coleman but later gave up a pair of grabs to Brandin Cooks. The second-year Saints wideout torched McCourty and Duron Harmon for a long touchdowna and also caught a seven yard gain after slipping the tackle of McCourty.

“It’s the first time I’ve played corner in a game, I think, in like three years, so obviously it’s a lot of frustration, but you just gotta play,” McCourty said. “It didn’t feel great, and I don’t think it looked great so we’ll see.”

The Patriots were really cheap when it came to the cornerback position, and it might come back to bite them.