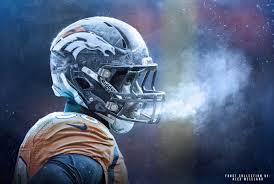 Denver Broncos star linebacker Von Miller was dealing with a six-game suspension for violating the NFL’s substance abuse program two years ago, and he said he would do anything to earn the trust of the organization and the fans back.  Well today he proved he meant it. Miller graduated from the NFL’s substance-abuse program.

Miller has stayed clean long enough to exit the substance-abuse program entirely, according to Mike Klis of KUSA-TV.

Miller’s exit from the program is one of the new wrinkles of the substance-abuse policy as revised in 2014. Previously, a player who landed in Stage 3 of the program remained there for the rest of his career. Now, the player has a path not only out of Stage 3 but also out of the program entirely, if he avoids any violation for 24 months.