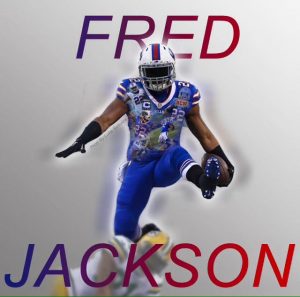 Cowboys will not actively pursue running back Fred Jackson

Many thought the Dallas Cowboys would be interested in signing Fred Jackson the veteran back who was released by the Buffalo Bills today, but according to David Moore of the Dallas Morning News, don’t look for the Cowboys to pursue him.

Sources said the club has no interest in Jackson at this time. The idea is to go into the season with a committee of Joseph Randle, Darren McFadden and Lance Dunbar handling the ground game.

Jackson, who was born in Fort Worth and played his high school ball at Arlington Lamar, has had a solid NFL career. He amassed more than 1,000 total yards (rushing and receiving) in his last two seasons in Buffalo and five of the last six. Jackson will go back to the drawing board, and there are already rumors that he will have interest from the Steelers and Patriots.