Could the Browns take a shot on Ray Rice? They are looking for another running back 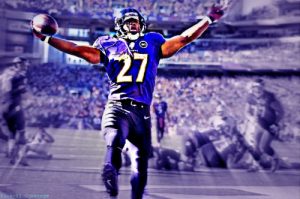 Ray Rice has been out of football for a year and change now, but will he get a shot

The Cleveland Browns are down two running backs with the latest injuries to Duke Johnson and Shauhn Draughn, and the head coach confirmed that the team is looking for a running back.

“We’ve talked about it, but I don’t think we’re there at this point,” Pettine said of giving Rice a second opportunity in the NFL.

Interestingly enough, Pettine said Sunday they may have to sign a running after they get the medical report, which opens the door for Ray Rice.