Could the Bills and Redskins be showcasing their back-ups? 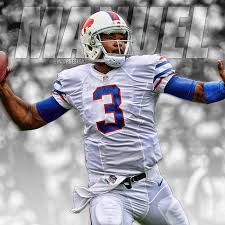 Could E.J. Manuel be getting first team reps with the Bills to showcase his talents?

Could NFL teams be showcasing their back-up quarterbacks for other NFL teams?  The Washington Redskins are expected to start Kirk Cousins this week and the Buffalo Bills are showcasing E.J. Manuel as the starter.  Cousins has gotten most of the second-team reps ahead of Colt McCoy, so this is not that surprising. With Robert Griffin III (concussion) sidelined indefinitely, Cousins could open the season as the Redskins’ starter, but could these teams be showcasing their back-ups to other teams as trade bait?

Buccaneers QB Mike Glennon, Titans QB Zach Mettenberger, and Texans QB Ryan Mallett are a few others that have all come up in recent weeks as quarterbacks that could be available for trade.

Pro Football Talk did a piece last night that points out that there have only been nine August quarterback trades in the last 15 years, which includes QBs such as Kelly Holcomb, Sage Rosenfels, John Beck and Brooks Bollinger changing teams. Let’s not forget the big named one either, with Brett Favre getting shipped to the Jets.

I am not saying they could get shipped, but this could be a teams way of getting their third stringer film against the first’s in case another team has an injury down the road…..