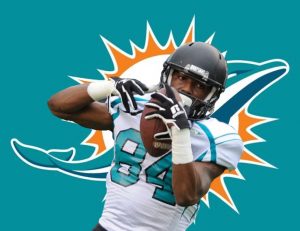 Coastal Carolina wide out Matt Hazel is just one of many that made it to the pros.

Coastal Carolina football has produced hand fulls of football players in the NFL, and there are talks about them joining the Sun Belt. Coastal Carolina’s president spoke to the media and told them that if an offer is made by the Sun Belt, that he would in fact accept the offer.

“I will tell you what I said to them: I will accept an offer from the Sun Belt if an offer is made,” DeCenzo told The Sun Times. “I think as we all know it’s completely up to them as to what they do, whether they extend an offer. They’re hoping in a short time period, now I can’t define what a short time period is, but I’m hoping in the next several weeks to have at least some indication as to what ultimately they would do.”

Coastal Carolina would need to upgrade its football stadium in order to accommodate FBS attendance regulations, but the school is prepared to expand Brooks Stadium from 9,000 seats to 20,000 seats if extended an invitation to join the Sun Belt.