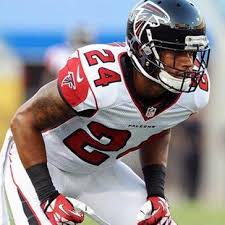 A 5-11, 180-pound product out of Northwestern, the cornerback spent parts of the last three seasons on the practice squad.  He originally signed as an undrafted free agent with the Baltimore Ravens in 2012, and was on their practice squad most of that season before joining the Cleveland Browns.  Most recently, Mabin was with the Atlanta Falcons for portions of the past two seasons.