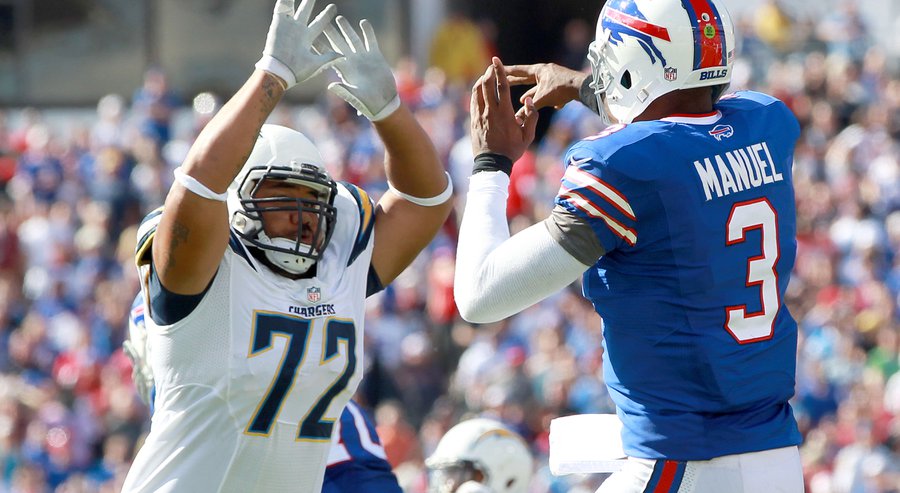 Chargers lost Tenny Palepoi for the season with a foot injury

Defensive end Tenny Palepoi was forced to exit a drill early in practice yesterday, being carted off the field. Additional testing revealed a foot fracture expected to sideline him for two months, a source said. Palepoi earned a roster spot at last year’s camp as an undrafted rookie from Utah.

A 2014 undrafted free agent out of Utah, Palepoi ended up appearing in all 16 games as a rookie, playing 282 snaps on defense.