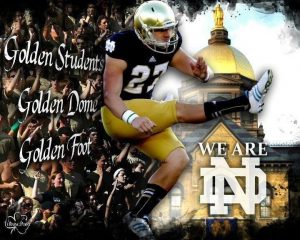 Earlier today, Ian Rapoport of NFL Media reported that the Tampa Bay Buccaneers are trading TE Tim Wright to the Lions, and now we know what they are getting in return.

Brindza is quite the kicker, look at his records from college:

Tim Wright has landed the Buccaneers an offensive guard in Logan Mankins and now a kicker in Kyle Brindza.