Buccaneers QB Jameis Winston says “I am not a leader, VJax and McCoy are” 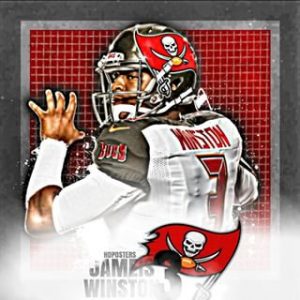 Jameis Winston says he is not a leader, his veterans are

Jameis Winston has an entire organization and their fan base hoping he can turn the Buccaneers around. The Tampa Bay Buccaneers have been a team that struggled for a long time, until they went to the Super Bowl with Jon  Gruden.  Well Jameis Winston is hoping to turn that around. When he was asked about his future and his team, he seemed confident that they will compete.

“One thing that I’ve learned is if you can play it don’t matter what age you are, it doesn’t matter,” he said. “I believe we have a great team in place…I’m looking forward to the season. I can’t wait.”

The No. 1 overall pick comes with physical tools that scouts gush over. Winston said he’s grown and matured after off-field incidents at Florida State, adding he’s not focused on being a team leader.

“On this team, I’m just accepting my role,” he said. “We have a lot of veterans — Vincent (Jackson), Gerald (McCoy) — those guys are our leaders. My job right now is to play quarterback.”