Browns are working out outside linebacker Gabe Miller tomorrow 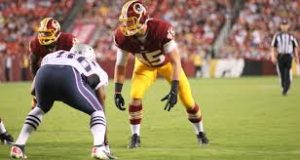 Brett Tessler, the agent OLB Gabe Miller, announced Saturday via Twitter that his client is working out for the Browns on Saturday, and could possibly be signed in the coming days.

The Cleveland Browns are working Gabe Miller out today & possibly signing him. Was drafted in 2011 & played OLB for the Redskins last year.

Miller, 27, is a former fifth-round pick of the Chiefs back in 2011, but lasted just over one year in Kansas City before he was placed on waivers. Miller is 6’3 and 250 pounds and played linebacker at Oregon State University.