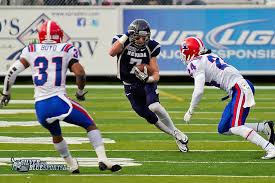 According to Denver Broncos twitter account, the team signed former FXFL standout Corbin Louks. Louks played with the Boston Brawlers and was a standout wide receiver for Nevada in college.