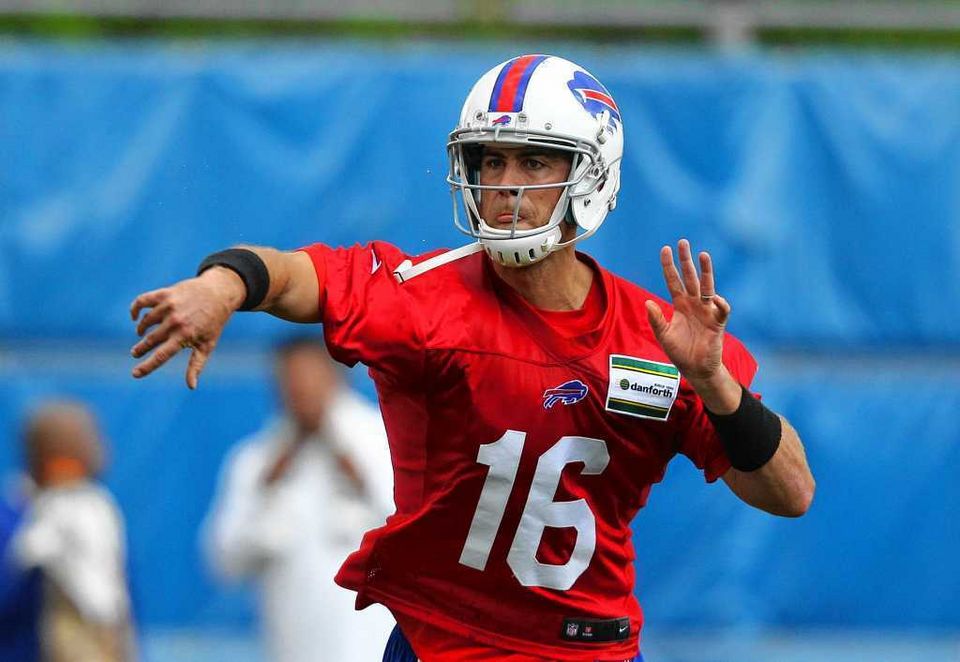 The Buffalo Bills traded for Matt Cassel, and were hoping he would eventually become the starting quarterback he once was when he led the Patriots to the Playoffs.  Well Cassel has earned the trust of one person and that is Rex Ryan.  Bills coach Rex Ryan said after Saturday night’s scrimmage that the plan is for Matt Cassel to take the first offensive snaps of the preseason.

Adam Schefter    @AdamSchefter
Rex Ryan said Bills “probably” will start QB Matt Cassel in first preseason game against Carolina, “and we will just go from there.”

“We’ll probably start Cassel in the first game against Carolina and let’s go from there,” Ryan said, via the Associated Press.

I would not be surprised to see the Bills sign another quarterback, because Matt Cassel, Tyrod Taylor and EJ Manuel are not the answer. Bills need to sign Michael Vick and let him play when the weather is nice outside.