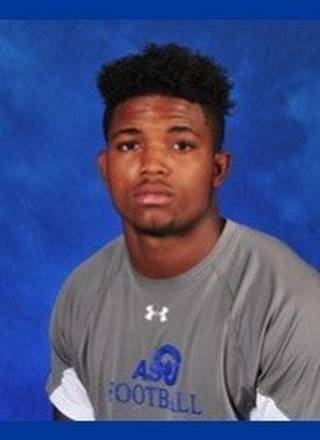 According to a report, a Dallas Police Officer shot and killed Christian Taylor a defensive back, who was reportedly unarmed. An investigation is ongoing, and the Police Officer has been placed on Administrative Leave (which is protocol) while it is investigated.

A suburban Dallas police officer shot and killed an unarmed 19-year-old college football player during a struggle after the teen crashed a car through the front window of a car dealership, authorities said on Friday.

The Tarrant County Medical Examiner’s Office identified the man as Christian Taylor, of Arlington. Taylor was a sophomore at San Angelo State University.

Officers responded to a burglary call about 1 a.m. Friday in Arlington when they discovered someone had driven a vehicle through a front window of the Classic Buick GMC, according to a statement from the Arlington Police Department. The statement said police approached the suspect and a struggle ensued. At some point during the struggle, an officer shot Taylor.