49ers land an offensive lineman in exchange for Asante Cleveland 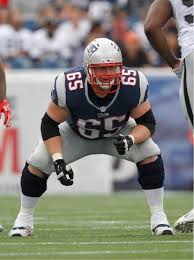 The San Francisco 49ers traded a back up tight end today to the New England Patriots in exchange for an offensive lineman.  According to Adam Schefter, the team landed Jordan Devey.

On September 5, 2013 Devey was signed to New England’s practice squad after an off-season stint. He spent the 2014 preseason seeing action at center. In the 2014 season, Devey was promoted to the active roster. In the regular season, Devey saw some action at guard as part of the Patriots’ experimentation with the offensive line.