Will an agent ever make a contract like Bobby Bonilla for his player? 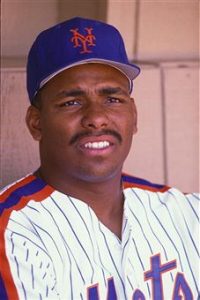 Bobby Bonilla had the most forward thinking contract in Sports History

We hear about amazing contract’s in all sports, because the term guaranteed money, but will there ever be a better contract in all of sports than Bobby Bonilla’s the former baseball star for the Mets?

According to Fox Sports this is how Bonilla’s contract played out:

Towards the end of his career Bobby’s star was burning out and he was caught playing cards in the Mets dugout with a fellow player while the team was losing the final game of the National League Championship Series. Months later Bonilla met with management to discuss his contract. Although they wanted to part ways, the Mets still owed him $5.9 million for one more year. That’s when things turned in Bonilla’s favor.

With two children to put through college and retirement to pay for, the 36-year-old ball player negotiated what has turned out to be one of the most forward-thinking contracts in sports history. Instead of taking a lump sum, which is what most financial advisers would suggest you do, Bobby and his agents offered the Mets another deal. The team would release him to play for another franchise and they would delay the $5.9 million payment for 11 years with interest. Essentially the Mets agreed to pay Bobby Bonilla a delayed total of $29.8 million in 25 annual installments of $1.192 million starting on July 1, 2011.

This is an amazing contract considering he will be paid until he is 70 years off his playing career. While 1 million dollars is a not of money, I will let you know that his payment he receives today will be more than Russell Wilson’s contract.  Wilson won the Super Bowl, and still makes less than a retired baseball player, you do the math……