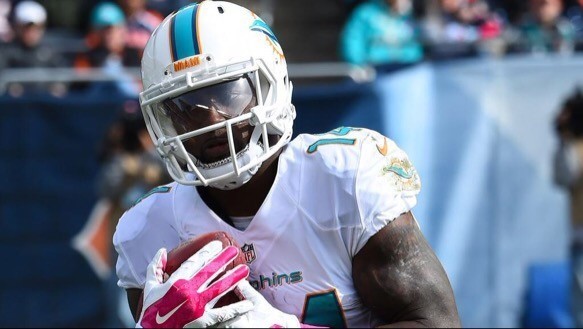 5) Tyrone Crawford DT (3-Tech) – Tyrone Crawford really isn’t known as a household name around the league. I have optimism that this will change. Under Rod Marinelli’s 4-3 defense Tyrone plays the under tackle where he will usually set up with one on ones with a center or guard. Last season, Tyron led all Cowboys with quarterback pressures and his film showed him being disruptive on almost every play. He is a strong built player with a quick twitch ability. The thing that leads me to believe that he will elevate his game as the 5 rising star is his nonstop motor. Expect Tyrone Crawford to thrive with other pass rushers around him this season.

4) Ryan Shazier ILB- Coming into last year Ryan had an unbelievable combine, running a ridiculous 40 time at 4.38 which is almost unheard of for a linebacker. A big misconception is the fact if a linebacker runs that fast that he must be a small player. I will tell you first hand this is false. The Steelers stud linebacker Lawrence Timmons weighs 234 and Ryan weighs 237. Now back to my point. Last season during the preseason Shazier showed some serious ability before getting hurt. I think this season he shows up in a big way and finds away to be a gem on this Steelers defense. He will be a three down linebacker helping in coverage as well as a very effective Blitzer. I can see a scenario where both Timmons and Shazier find a way to hit the 100 tackle mark.

3) Davante Adams WR- This one was tough finding where to put Davante. I knew I wanted him on this list, but finding a good spot was tough. After a rookie season combining him with 38 catches with 446 yards receiving and 3 touchdowns. Expect his numbers to go up playing with the best quarterback in the league. Last year there was countless times were Packers executives raved about his ability and what he could mean to this team in the future. This kid has a natural ability to catch the football. They even said he could be the Randall Cobb replacement until the inked him back for a new deal. I see Davante Adams showing up big this season as Aaron Rodgers third option, eyeing the 1000 yard mark.

2) Kyle Fuller CB- Kyle Fuller isn’t really a surprise to be on this list. After his rookie campaign ended with an injury. He was tearing up the league in primetime games. In 14 games, Kyle notched 4 Int’s, 3 forced fumbles as well as getting his nose dirty, while recording 64 total tackles. This kid can play. Everything about him shows the next great star at the island. I see speed, ball skills, I see a physical player in the run game. I love his ability to mirror receivers as well as his ability to keep his eye on both the quarterback and the wide receiver in zone coverage. I can see Mr. Kyle Fuller taking a trip to the pro bowl next season seeing how the NFC North division loves to pass led by Rodgers and Stafford. Put Kyle second on my list for rising stars in 2015.

1) Jarvis (Juice) Landry WR- This one was very easy for me. Jarvis Landry has some serious ability. Having a teammate in college like Odell Beckham Jr at LSU. I heard rumors that while Odell was known for the ridiculous catches that Jarvis was just a good. Studying film of last season and college. Once the ball hits his hands he isn’t dropping it. After a solid rookie season with 84 catches, 758 yards, 5 touchdowns. His numbers will increase dramatically. After Mike Wallace departing for the Vikings, this now opens up Jarvis to be the stud he has been. I love the ability he shows to separate in his route and his ability to run every route in the route tree. This kid is very good in open space and isn’t afraid to take a slant across the middle. The Dolphins love his playmaking ability so much they use him as a kick and punt returner. This season I see him making the 1000 yard mark and I can see where he eclipses the 1300 yard mark if he stays healthy and gets consistent play from Ryan Tannehill. I know this is high expectations but Jarvis will not disappoint when healthy. Watch out for Juice this season as the Dolphins try to claim a spot this season in the playoffs.