Should Navy have allowed the late RB Will McKamey to play with a severe injury? 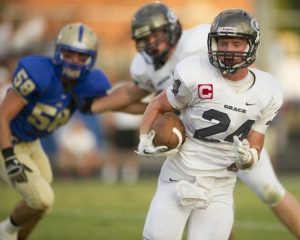 After an investigation of the death of Will McKamey the former Navy running back, the investigators found out that seven months before his death, the Navy football player was counseled for 15 minutes at the brigade medical clinic about the risks of playing football after his brain bleed in high school, according to Capital Gazette.

At the request of Navy’s athletics director, the 18-year-old running back was asked to acknowledge in writing that he understood those risks, according to an investigation recently released by the Navy.

The consent form McKamey signed released the Department of Defense, the Naval Academy and the nonprofit that runs Navy sports, the Naval Academy Athletic Association, from liability after he suffered a second brain bleed seven months later.

In March 2014, McKamey collapsed during spring practice at the Naval Academy. A blood vessel had ruptured in his brain and he was flown to the University of Maryland Shock Trauma Center in Baltimore. He died three days later.

Pretty crazy to think that doctor’s still let him play, do you think the Navy should be held liable?