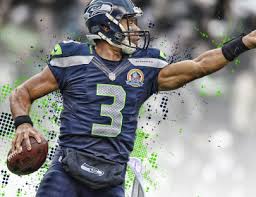 It’s official folks, Russell Wilson and his agent are out of their mind. Mark Rogers the agent of Russell Wilson wants his client to be the highest paid quarterback in the NFL, but they just turned down a monstrous contract, according to Mike Florio of Pro Football Talk.

According to Mike Florio of Pro Football Talk, the Seahawks have made an extension offer to QB Russell Wilson worth nearly $21 million per season with “significant” guaranteed money, but agent Mark Rogers said his client “wants more.”

It is known that Wilson feels he deserves to be the highest paid player in the NFL. For him to become that, he would have to surpass Packers QB Aaron Rodgers‘ annual salary of $22 million per year.