Report: Two veteran players would admit they are gay if “Media” wouldn’t make it a thing 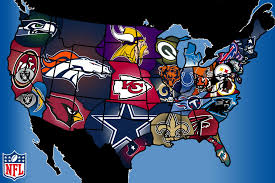 Benjamin Allbright the former radio personality in Denver, tweeted today that he has talked to two players in the last month who would admit they are gay and would announce it publicly, if the media would not make it a big thing.

After the Michael Sam situation, maybe the players are doing the smart thing.

Benjamin Allbright    @AllbrightNFL
1/2 Spoke with two veteran NFL players this month who are gay, and would publicly come out if they knew “media wouldn’t make it a thing.”

Benjamin Allbright    @AllbrightNFL
2/2 Both said teammates “mostly know,” and are “supportive.” Say most who know “just avoid it [the subject] altogether.”