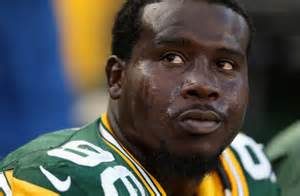 LeTroy Guion the defensive tackle of the Green Bay Packers was arrested in Starke, Florida a while back and the Police took his truck as well as 190,028.82.  Well now according to ESPN.com’s Rob Demovsky, Guion has filed a motion to get his money and truck back.

The motion, according to a source familiar with the proceedings, claims that Guion’s Eighth Amendment rights have been violated given that Guion has already paid the maximum penalty of $5,000.

According to ESPN, Guion filed a motion this week for a summary judgment in a Bradford County, Florida, court to recover the $190,028.81 and his 2015 Dodge Ram truck that was taken when he was arrested for felony possession of marijuana and a firearm.