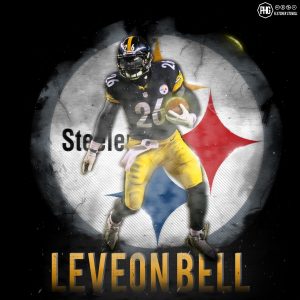 Le’Veon Bell of the Pittsburgh Steelers has appealed his suspension, stemming from an incident in 2014 where both him and LaGarette Blount were caught with weed.

“I want to make sure I do everything in my power to be a better teammate and player,” Bell said at Saint Vincent College in Latrobe, Penn. “Whatever the consequence is, I’ll take it. … You have to take the good with the bad.”

Le’Veon Bell was one of the NFL’s breakout stars of 2014, finishing second in the league in rushing yards (1,361) and receptions by a running back (83), to go with 11 total touchdowns. He was forced to sit out the team’s playoff loss to the Ravens with a knee injury.

“I might get a little lighter load,” he said. “As fresh as I can be in the games, the better.”