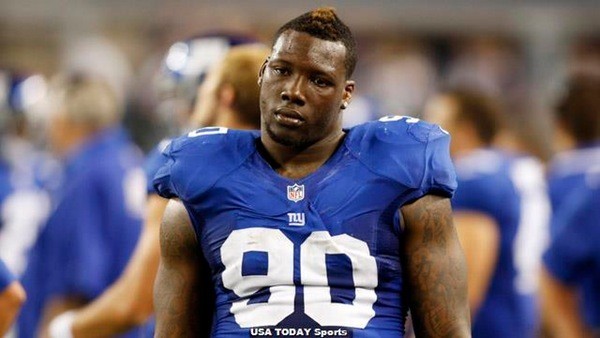 If you were the New York Giants, would you guarantee Jason Pierre Paul (The person that denied to speak to you) his entire contract?

That is a problem that the team could be faced with very soon. According to Pro Football Talk’s Mike Florio, Jason Pierre Paul and his agent are telling the Giants he will return and show up if the Giants guarantee his entire contract.

A source with knowledge of the situation told PFT earlier in the week that, indeed, Pierre-Paul would show up by Week One if the Giants agree to pay him regardless of whether he’s on the NFI list. Without that, JPP has nothing to gain by signing the tender before he’s cleared to play.

I personally would not give him nothing, he is the dummy that blew off his finger.